Do you know the difference between viruses and bacteria? Is there even a difference at all? Outside of the scientific community, I’ve heard the two used interchangeably so many times, much to the chagrin of the scientists I know. Even though they are both too small for us to see, viruses and bacteria are two completely different beasts – in fact, they’re not even related. This month, we’ll be looking at some of the features of viruses and how these critters affect us.

One of the biggest debates in the scientific community is the classification of viruses as living things. All living things must satisfy 7 criteria:

While plants, animals, bacteria, fungi and archaea all satisfy these 7 characteristics, viruses don’t. Viruses also can’t exist as free living organisms (we’ll discuss a bit more soon) which means that technically, viruses are NON-LIVING things. However, viruses do display some of the characteristics of living things, e.g. they’re able to  move and replicate/reproduce, which creates some confusion around the issues. This confusion led one researcher known as Rybicki to create a description for viruses as “organisms at the edge of life”. This classification in particular is the biggest distinction between viruses and other living things like bacteria.

So what exactly is a virus?

Well, a virus is a “small infectious agent that replicates only inside the living cells of other organisms.” This means that viruses can only survive if they have a HOST (like a plant or animal) to replicate inside of. They do not have their own metabolism, so they cannot exist on their own.

A single virus particle is called a virion, and it’s made up of three parts: 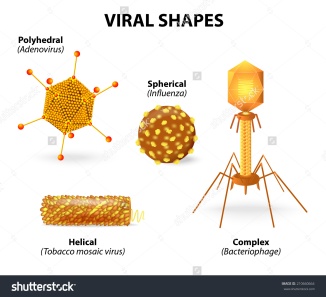 These virions can exists in various shapes, ranging from simple helical/icosahedral forms to more complex structures. And viruses are really really really small:  the average virion is about one one-hundredth the size of the average bacterium. Viruses are so small that most virus species have virions that are too small to be seen even with an optical microscope!

A very important feature of viruses is their ability to easily mutate, and the vast number of ways that viruses are actually able to mutate. This is very important medically, as it has implications for the treatment of viruses. If they are always mutating, it’s difficult to create treatment techniques that can keep up with these mutations. For some viruses like HIV, as soon as one treatment is found to work, the virus mutates to another form that is no longer susceptible to this treatment.

Viruses have a specific life cycle with a number of different steps:

This life cycle underscores why viruses can be so dangerous, because it results in either the production of multiple viruses which kill a bunch of the host cells, or the viruses ingrains itself into your DNA – which means you never truly get rid of it. Remember, as well that your body is making multiple copies of your DNA every single day, so these viruses basically exploit their host by using your existing replication machinery to create copies of itself. 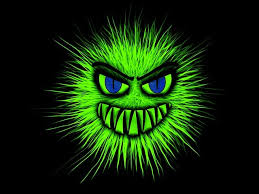 Hopefully now you have a better idea of what viruses are, and why they can prove to be so dangerous. Next week we’ll look more on how viruses affect us and cause diseases, and what differences we have to look at when treating them.