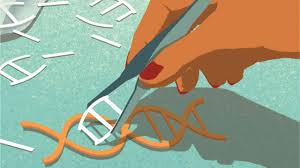 CRISPR (pronounced “crisper” like the one in your fridge) stands for Clustered Regularly Interspaced Short Palindromic Repeats.

In English, basically CRISPR refers to sections of DNA within bacteria, viruses, etc. which contain a number of base sequence repeats and then a bunch of spacer DNA between these repeats.

(On DNA: DNA is just a code made up of a combination of 4 base pairs A, G, T and C . This code translates for every trait and characteristic and function our body has. So a section of DNA code like this GACTAGACTAGACTAGACTAGGGGGGACTAGACTAGACTAGACTATTTTTT * contains a number of repeats of GACTA and then has “spacer” code GGGGG or TTTTTT in between. Don’t worry I’ll explain the point of this in a sec.)

More to the point, and less of the nerd…CRISPR is part of a system call the CRISPR/Cas system, which is used by certain bacteria and viruses for their own defence, sort of like their immunity system, by removing foreign DNA that it may be exposed to.

This is (basically) how it works:

Ok, so why should I care?

Anyway, on to the REALLY cool part. Since bacteria and all these tiny organisms are WAY more advanced than us, they’ve long perfected this cool defence system. However, scientists have recently figured out how to manipulate the CRISPR/Cas system to be used for GENE-EDITING. Remember I mentioned that our DNA is a code for everything? Well imagine being able to edit EVERYTHING. This has amazing potential for the medical field, including in the treatment of many genetic diseases and chromosomal abnormalities such as:

CRISPR also has potential in treating cancer…and can be used to target the virulence of bacteria (even editing genes encoding antibiotic resistance) as a result weakening the bacteria that cause many infectious disease.

Basically CRISPR is a tool that can enable us to fix anything abnormalities or errors within our DNA, providing potential cures for many previously incurable conditions.

Oh, so this is pretty cool. So why aren’t we curing everything?

But if we can edit all that, what else can we edit? If we can perfect gene-editing to target any gene we want, then it won’t be long before scientists will be able to basically manipulate everything. The idea of “designer babies” has been floating around for at least a decade. Orphan Black (excellent nerd entertainment by the way) gives us some insight as to where the phenomenon may start: first we create foetuses that we can ensure have no genetic abnormalities, resulting in more healthy babies. Which parent would say no to that? But it is inevitably not long before a new line will need to be drawn. Eye colour, skin colour, shoe size, hair colour, will we be able to control all of these factors in our future generations? When will it become less about the health of a population, and more about eugenics (cue Hitler reference for an easy way to understand eugenics) and building a designer population? Will one day wealthier countries be equipped with the technology to create a “designer army” with “enhanced soldiers” giving them an innate genetic advantage over their enemies?

This, of course, has led to serious ethical concerns over the use and regulation of CRISPR. Even some journals (such as Nature) have declined to publish the findings of research such as what is being done in China, citing ethical reasons, because the research is being done on actual non-viable foetuses. There are always the obvious ethical considerations surrounding foetal and stem-cell research (especially from the pro-life community), due to the fact that scientists are tinkering with actual lives that have not yet come to be…but the ethical questions about CRISPR are even greater because of the potential of impact that the tool could have throughout the future.  And as much as we nerds try to pretend we are above the politics, the scientific world is a very political battlefield, and questions will be raised such as:

Additionally, the margin for error on CRISPR is basically zero. Any mistake during this research could result in horrible situations for the lives being experimented on, and genetic errors are passed down through generations. We may end up creating more problems than we solve if we’re not careful.

It is very important that these discussions are finalized and agreed upon as soon as possible, and eliminate the grey areas. Science has to come up with a solution that both equips us with the ability to take advantage of the potential CRISPR provides to make revolutionary advancements in the medical field and do things we’ve never done before, but also to prevent the catastrophic events that may threaten us if the struggle for power comes too close to the CRISPR tool. 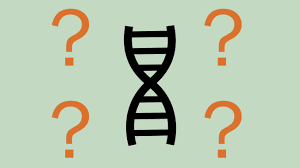 *Also I completely made up that DNA sequence so don’t think it means anything.

One thought on “On CRISPR: Science Fiction Becoming Real Life”